The proliferation of rooftop solar energy systems on San Diego County homes in the past decade has been a bonanza for the solar industry, but as a growing number of these homes come on the local real estate market, it presents new challenges and opportunities for sellers, buyers and their agents.

With San Diego ranking as the nation’s #2 solar city (#1 is Los Angeles), San Diego County has nearly 80,000 single-family homes with solar photovoltaic (PV) systems, and installations are increasing rapidly. According to solar experts at the CSE, solar on local homes shot up by 75 percent in 2015 over 2014, even though California Solar Initiative rebate incentives are no longer available.

“The California Solar Initiative has substantially achieved its objective of stimulating widespread adoption of solar energy and creating a self-sustaining market,” said Ben Airth, CSE’s renewable energy programs manager. “Projections show solar will continue exponential growth as system costs decrease and more San Diego residents seek to lower their utility costs, so it will be increasingly common for homes with solar to be in sales transactions.”

Currently, about 220 homes with solar PV are sold each month in the county, often changing ownership seamlessly. However, financing and ownership arrangements can contribute to a more layered sales process.

What is solar worth?

Solar PV systems are not as simple as most home upgrades to valuate during a sales transaction. While the system is a high-priced asset that loses value over its expected 30-year lifespan, it also provides a steady, strong stream of energy cost savings on monthly electricity bills.

An average-sized home PV system in San Diego has about a 4- to 6-kilowatt generation capacity and costs around $20,000, which can be reduced to about $14,000 by taking advantage of a 30 percent federal tax credit. Figuring an annual home electrical utility cost of $2,000, the simple payback would take six to eight years, leaving a very impressive 20 years or more of essentially free solar electric power (with a nominal monthly utility fee).

Who owns the system?

More than half of the county’s total residential solar was installed within the past three years. This boom resulted from the growing popularity of solar leases and power purchase agreements (PPAs), also known as third-party owned solar. They are financing mechanisms that basically eliminate homeowner upfront costs, opening the solar market to those who have been excluded due to a lack of access to capital.

Since 2013, more than 70 percent of local residential systems have been installed with leased solar. More recently, third-party owners have created financing arrangements that are more attractive and are basically loans, with homeowners retaining the tax credits and ultimately owning the PV system.

While leases still deliver considerable savings over utility electricity, they can complicate a home sale if the seller or agent does not understand how the lease transfer process works or the buyer doesn’t have a credit rating sufficient to take over the lease or the capital to buy it out.

According to J. Daniel Geddis, a designated green Realtor with One Mission Realty, solar PV is looked at as a positive item, but most buyers have a very poor understanding of what a lease entails.

“Typically, when people get preapproval for their mortgage loan, they tend to look at homes near the maximum they can borrow,” Geddis said. “So if they have to add a couple of hundred dollars a month for a solar lease, it may mean they can’t afford or don’t want to pursue the deal.”

Ben Hoen, a nationally recognized solar adoption expert at Lawrence Berkeley National Laboratory, spoke at a real estate seminar on selling solar homes held at CSE in June. He reported on studies that show seller-owned solar PV systems on homes in San Diego add a price premium of more than $4.30 per watt installed, meaning that a home with a 4-kilowatt system would increase in value by about $17,000. He said that if everything works right, the home is valued for more and the lender will underwrite the added cost given the solar’s value.

While homes with leased solar do not command a sales premium, a recent study conducted by Hoen and CSE research staff showed leases had minimal impact on home sales among a small number of San Diego transactions, either in terms of pricing or time on the market, and the majority of leases were transferred to the buyer. The study discovered that real estate agents play a vital role in educating buyers about solar leases, yet in some ways their ability to do so is hampered by a lack of information and fear of legal liability regarding any system performance guarantee or utility bill savings.

According to Geddis, insufficient data about existing solar installations in the San Diego real estate industry’s multiple listing service (MLS) makes valuing a house and finding comparable houses difficult and time-consuming for agents and appraisers. MLSs are regionally based businesses, and their content is driven largely by local associations of the National Association of Realtors (NAR). In many areas of the nation, MLSs have added “green” fields that include details on solar as well as other features, such as energy and water efficiency.

In San Diego, CSE is engaged with the county’s three local associations of Realtors in an MLS green features initiative along with Sandicor (the county’s MLS provider) and local appraisers to make it easier to market, compare and appraise properties with solar and energy efficiency measures. Only a single check box located in the equipment category is currently available for indicating solar panels on the local MLS, and no specific place for any system details or ownership information.

David Myers, Southern California regional director for Build It Green, an organization that has trained more than 1,000 real estate agents on the value and benefits of green homes, says that greening the MLS is a “win-win” for everyone.

“National surveys show that more buyers demand homes with green and energy-efficient features and that they are willing to pay more for these homes,” Myers said. “The MLS is evolving to meet the needs of these buyers.”

Clearly, real estate agents are the gatekeepers in transacting energy-efficient and solar homes, so sellers of high-performance properties are better off with a broker who has green expertise and training. 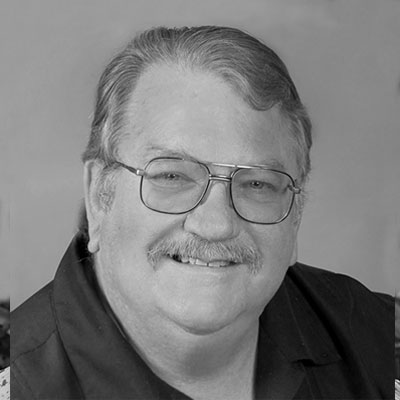 Chuck is a writer, editor and media specialist working on the Corporate Marketing team.