Submitted by Alex Porteshawver on August 9 2018
California has prioritized microgrids, but key issues need to be addressed

Historically, municipal and investor-owned utilities have primarily controlled electric services in the U.S. with consumers positioned at end points of complex, interconnected grid systems. Today, with increasing development of distributed energy resources, including wind and solar power and on-site energy storage, microgrids — islands of self-contained power capable of operating on or off the grid — are changing the energy landscape.

The direct benefit of microgrids is twofold. They can serve as “islands” of backup electrical generation in the event of a temporary brownout or longer-term blackout, providing energy resiliency to a building or neighborhood. Microgrids also can assist the overall grid, serving a role in balancing power demands and smoothing the intermittencies of solar and wind generation when the sun goes down or the winds stop blowing.

The California Legislature and state energy regulatory agencies recognize these benefits and have prioritized microgrid expansion. For example, the California Energy Commission has awarded millions of dollars in grants to local governments, research institutions and technology providers through its Electric Program Investment Charge (EPIC) program to develop microgrids and related systems.

Read a related article at Microgrid Knowledge, Watch Out for These Roadblocks to California Microgrids.

Despite support for microgrids, the California Public Utilities Code and a current state electric rule are preventing their widespread deployment and need to be changed.

Code Section 218(b), known as the over-the-fence rule, prevents any entity other than a utility from distributing electricity generated at one property to more than two neighboring properties or to any nonadjacent property. When authorized, the ruling protected utilities from competition and consumers from unfair practices, but with the growth of locally generated on-site power, they restrict the potential for distribution of that power.

The City of Berkeley came up against this rule when investigating how to build a microgrid that shares solar photovoltaic generation and storage capacity among multiple buildings that are not located next to one another.

California Electric Rule No. 2 allows each investor-owned utility (IOU) to levy a “cost of ownership” charge or other charge on customers designed to recover the expenses for new grid infrastructure to support their service. It does not expressly apply to microgrids, but regulators have indicated they will assess its application on a case-by-case bais. This leaves unclear what microgrid components are included in the total infrastructure cost or how the cost is calculated for smaller projects located near existing distribution infrastructure. As it stands now, the ongoing cost of ownership fees can be higher than the capital costs to build the microgrid, rendering the project financially infeasible.

Further, there is no microgrid tariff or electric rate that considers the value of power sharing among multiple customer accounts or meters or recognizes the benefits of microgrids to “island” when the main grid goes out.

Following are steps state officials, regulators and investor-owned utilities could take to resolve some barriers to wider microgrid adoption.

What CSE is doing

CSE is actively tracking California Senate Bill 1339, currently in the Assembly Appropriations Committee. Introduced by Senator Henry Stern (D-Canoga Park), the bill, in its current form, requires that each electrical corporation and publicly owned utility (with 700,000 or more customers) develop and submit for CPUC approval a tariff or rate schedule for third-party electrical grid resiliency investments, which would cover microgrids. In support of renewables and increased GHG reductions, the bill prohibits microgrids that use diesel backup or gas-combustion generation.

We’re also exploring whether it makes environmental and economic sense to incorporate combined heat and power systems into microgrids as part of our administration of the Department of Energy’s Western Combined Heat and Power Technical Assistance Program. 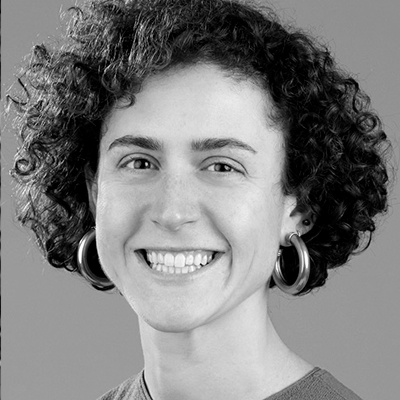