An important new law that can’t solve all our problems

Now that Gov. Jerry Brown has signed into law yet another landmark climate policy, referred to as the “100% clean energy bill,” it’s time to celebrate – but not let our guard down.

The newly enacted Senate Bill 100 (Kevin de León, Dist. 24) calls for electricity providers to rely on renewable sources for at least 60% of delivered power by 2030 and on zero greenhouse gas-emitting sources for the remaining 40% by 2045. SB 100 represents a bold new approach for reducing California’s carbon footprint and greenhouse gas (GHG) emissions, and the Legislature deserves praise for its dedication to these important issues and its leadership.

So, we’re done! Since all utility power is going to be clean, as consumers we are off the hook. Phew! It doesn’t matter how much electricity we use.

Well, not so fast. It’s still important that we reduce demand for energy, continue to generate and store local renewable power and shift our usage to periods of lower demand. Some circumstances created by SB 100 give cause to be vigilant. Here are some reasons why.

For starters, consider how the mandate is worded – by 2045, the entire electric supply must be composed of “eligible renewable energy resources and zero-carbon resources.” This phrasing is not accidental. Many types of eligible renewables emit carbon and will continue to do so for decades.

Most biomass processes add more carbon to the atmosphere than they offset. Utility-scale solar thermal power plants use natural gas to preheat the towers that capture the solar energy. Further, when such facilities store excess heat for later use, they frequently rely on molten salt fields kept warm with natural gas burners when the sun isn’t shining.

Facilities that store solar and wind output, by using underground chambers filled with compressed air, use natural gas to warm up the air as it’s released to provide power to generating facilities. Geothermal power plants can release carbon dioxide into the atmosphere and still qualify as renewable. Systems that create electricity by burning methane derived from dairy waste use up a very potent greenhouse gas, but they still release carbon dioxide. You get the picture.

Retailers can meet part of their renewable power obligations by buying unbundled renewable energy credits. These credits exist because some additional renewable electricity is being generated but isn’t being delivered into the electricity market. While that power is entering a grid somewhere and potentially displacing power from some other source that might or might not have burned fossil fuel, we just don’t know for certain (see blog “Californians Deserve Better Power Content Reporting”). But retailers have choices as to what kind of power they use to back up these credits and can choose to burn coal or natural gas.

New transmission lines represent additional GHG emissions because of the materials manufactured to build them, the trucks and machines used to construct them and the vegetation eliminated to create rights-of-way. When these lines are placed underground (increasingly necessary as our urban footprint expands), more electricity is needed to run pumps that circulate oil through the system to dissipate heat. The fewer new long lines we build, the better.

Meeting California’s admirable 2045 power goals is going to take a long time and rely on innovative approaches to grid operation and technology. In the meantime, conventional generators will continue to spew carbon and greenhouse gases into the atmosphere.

If we use energy more efficiently, we can reduce the number of electricity facilities needed and the amount of greenhouse gas released into the atmosphere. If we increase our use of onsite solar generation and energy storage, we can reduce the need for large generating stations and long-distance lines used to deliver power to customers – and reduce GHG emissions even more. These actions can save customers money and make the electricity system more resilient in the face of possible grid interruptions. All these strategies improve our ability to reduce GHG emissions now.

Carefully watch the news coverage of California’s new electricity policy. Pay attention as people get a little enthusiastic and suggest that the grid of 2045 will be 100% clean. And while you are at it, contemplate what is meant by clean energy (the new law doesn’t define it – regulators will) and whether their definition meets your expectation of what it means.

The new law is reason to celebrate, but not to think all of the hard work is done – or abandon efforts to produce more sustainable, low-carbon and resilient ways to manage our energy use. 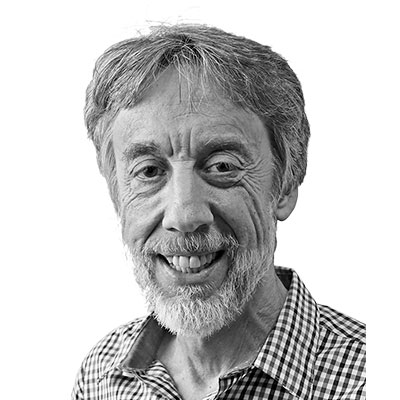 Steve Weissman is a senior policy adviser at the Center for Sustainable Energy. He is also a lecturer at the UC Berkeley Goldman School of Public Policy. He created and directed the energy law program at Berkeley Law, and previously served as an administrative law judge and policy adviser…