A review of policy, design and models and their applicability in Vermont

While Vermont participates in a cap-and-invest program to reduce carbon dioxide (CO2) emissions from electric power generation, the state failed to meet its legislated goal of a 25 percent reduction below 1990 baseline greenhouse gas (GHG) levels by 2012, and unfortunately, has increased its emissions since 2012 by 16 percent. This has resulted from increased fossil fuel use for transportation and for heating homes and businesses.

Vermont’s CO2 emissions from electric generation are covered by the nine-state Regional Greenhouse Gas Initiative (RGGI), however, it accounts for only 10 percent of Vermont’s emissions. The concern is that without significant policy shifts, Vermont may fall even further behind on its goals because there is only so much additional progress that can be made by focusing on electricity emissions alone. Vermont’s electricity generation is 63 percent renewable with Burlington Electric Department and the Washington Electric co-op providing 100 percent renewable electricity to their customers.

That’s why Vermont policymakers are considering GHG reduction initiatives, including cap-and-invest systems that cover transportation and heating — and what it could mean for Vermont’s energy, emissions, population health and economic development goals.

Two other major systems, in California and Quebec, cover emissions from transportation, industry and the heating sector, and are organized under the Western Climate Initiative (WCI), which conducts joint auctions of greenhouse gas emissions allowances. As Vermont policymakers consider future steps, the lessons learned from these systems can provide valuable guidance.

CSE and the Energy Action Network (EAN) recently released a report that looks at Vermont’s policy options beyond RGGI by building on what can be learned from systems that have reduced emissions more widely while also improving their economies. We are not advocating for a specific cap-and-invest policy but to contribute to a more informed conversation of the full set of options.

“Cap and Invest: A review of policy, design and models and their applicability in Vermont” examines the California, Quebec and RGGI systems, which have many similarities but also noticeable differences in the emissions and sectors covered that directly affect their results.

What is cap and invest?

Briefly, cap-and-invest systems have three main components. A cap that places an annual limit on pollution for each covered entity. Allocations, or allowances, that are purchased at auction (and in some circumstances given freely) and then submitted by covered entities for each metric ton they emit. And investments made with the revenue the systems produce.

Each covered entity is required to submit allowances equal to its allocated emissions cap for the given compliance period. If they exceed their allocation, they must purchase additional allowances or offset credits from a third party. The proceeds from the auctions and the purchases made by overpolluters are invested in complementary programs that can further reduce emission and the impacts they produce.

By placing a cap on GHG pollution, cap and invest creates certainty in meeting GHG reduction goals. An auction of allowances, with a declining cap, creates an opportunity to generate revenues to invest in programs that can further accelerate a just transition to a clean energy economy. Political signals can influence investment decisions and anticipation may lead affected industries to act earlier.

A 2019 report developed by Resources for the Future for the Vermont Joint Fiscal Office shows that a cap-and-invest system in Vermont could yield between $62.1 million and $99.4 million (in 2015 dollars) in 2020.

Following are some key points to help policymakers and other key stakeholders achieve climate goals, generate new jobs and work toward greater energy equity. They should consider the experiences and lessons reviewed in our paper as a framework for deliberations and designing a cap-and-invest program for maximum effect.

The goal of GHG reduction efforts is to get businesses and society to adopt low- to no-emitting practices in time to solve the climate crisis. The sooner we accelerate this work, the sooner the benefits can be realized.

The triple win of such an effort — reduced emissions, increased economic output and investments in programs that equitably accelerate the transition to a clean energy economy — are what make cap-and-invest systems appealing. 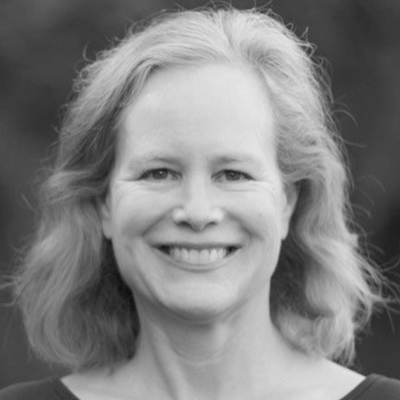 Karen lives at the intersection of transportation and energy and brings her passion for decarbonization to her work in policy and market development for CSE.