Globally, more than 1 in 10 new light-duty vehicles sold in September 2021 had a plug. The appeal of electric vehicles (EVs) is growing for a lot of reasons, including the increasing quantity and quality of EV models, the availability of incentives and the lower costs to charge and maintain an EV.

Plus, they’re fun to drive.

Another reason to get more EVs on the road is that they produce less air pollution, especially less greenhouse gas (GHG) emissions that are heating the planet.

This last reason – the environmental benefits of EVs – has been the subject of a persistent myth that we’d like to bust here.

Claims that electrifying transportation merely moves emissions from the tailpipe to the smokestack have been around for more than a decade and resurfaced early this year. They are just blowing smoke.

Take a look at this Alternative Fuels Data Center’s interactive chart visualizing what is called well-to-wheel emissions, or all emissions related to producing, processing, distributing and using gasoline or electricity to power a vehicle. While manufacturing an EV produces more GHGs than manufacturing a combustion engine vehicle, EVs significantly reduce emissions during their lifetimes. In fact, the Alternative Fuels Data Center’s analysis shows electric vehicles will cut U.S. GHG and other emissions from transportation by more than half.

In states such as Washington that generate most of their energy from renewables, GHG emissions drop by more than 90%. In California, 269,902 EVs rebated by the Clean Vehicle Rebate Project will reduce GHG emissions by 7.9 million metric tons during their warranty periods alone, according to a Center for Sustainable Energy study in the journal Energies.

The grid is getting greener

The myth of coal-powered EVs also ignores that fact that the U.S. grid has been getting greener – and it is expected to continue to do so. According to the U.S. Energy Information Administration, coal use in electricity generation is expected to decline 46% by 2030, even as the nation’s appetite for electricity increases.

In fact, transportation has overtaken energy production as the leading source (29%) of GHG emissions in the U.S. today.

Countries such as Ireland and Australia recognize that the greatest progress in decarbonizing an economy is achieved by simultaneously electrifying transportation while weaning the power sector off fossil fuels. EVs can help with this transition by giving grid operators more flexibility to install more renewables since their batteries can soak up excess solar power during the day and excess wind energy at night.

So, to be clear, EVs are not shifting the climate change load. They are lightening the burden. 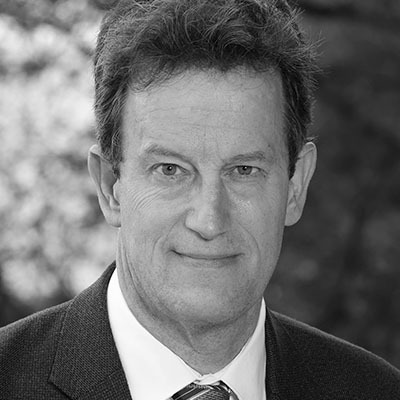 John Gartner has been researching and evaluating transformative energy and digital technologies for more than 30 years, including the last 12 years focusing on sustainable mobility and transportation electrification. He oversees the Transparency and Insight team’s analysis that mines sustainable…