The U.S. renewable energy industry is focused on Hawaii as the island state takes a pivotal position in advancing clean generation technologies, serving as a test bed of what other states might do as the nation moves rapidly toward more sustainable energy technologies.

In the not-so-distant past, Hawaii depended solely on high-priced imported oil to generate most of its electricity, but today it gets about one-quarter of its power from renewable sources. It’s one of about 30 states with high targets for renewable energy production, and along with New York and California, it plans to achieve 50% renewables by 2030 and 100% by 2045 – and Hawaii Electric Industries says they can do it by 2040.

Achieving a higher penetration of renewable energy isn’t simply an environmental or economic issue in Hawaii, it’s also a survival tactic. With self-contained electricity grids on each major inhabited island, the state is isolated from any other power sources, and its grids are subject to the destructive forces of hurricanes, volcanoes, earthquakes, tsunamis and other natural disasters.

In mid-June, I had the opportunity to participate in the 2018 VERGE Hawaii: Asia Pacific Clean Energy Summit in Honolulu that explored clean energy policies, technologies and infrastructure and identified actions needed to deliver on the state’s 100% renewable energy mandate. One of the main topics was power resiliency – the ability of electrical and thermal systems to continue generation, transmission and distribution during emergencies and natural disasters.

At a roundtable with utility reps, state and local officials, insurance advisors, environmentalists and other energy stakeholders, we conferred on a variety of small and large generation sources that can be integrated to help form “resiliency hubs” that are reliable (always available) and resilient (capable of fast recovery).

What I brought to the table was attention to the role combined heat and power (CHP) systems, or cogeneration, can play in anchoring microgrids – “islands” of energy systems capable of operating independently from the main power grid – in the event of power outages. Using a variety of fuels and technologies, CHP systems supply electrical and thermal energy at or near the point of consumption and during outages can keep local power, lights, refrigeration and water treatment operations up and running.

In addition to strengthening Hawaii’s communities against disasters, microgrids are helping to achieve its renewable energy goals. A few customer-sited microgrids have been developed on Oahu, Hawaii and Maui islands at military bases and government operations and at commercial sites on Lanai and Molokai islands that are supported by solar photovoltaic installations.

A 50-megawatt microgrid at Schofield Barracks and an 8-megawatt microgrid at Honolulu International Airport are normally operated as part of the grid, but can be islanded in an emergency. In the wake of Kilauea volcano’s recent eruptions on Hawaii Island – where transmission lines and distribution equipment have been destroyed by lava – Hawaii Electric Light is planning a small microgrid to serve isolated communities and vacation areas.

On July 10, 2018, Hawaii Gov. David Ige signed a bill to spur microgrid deployment throughout the state. It’s designed to help overcome barriers to their development by creating a standard microgrid service tariff and simplifying regulations for grid interconnection. It encourages and facilitates microgrids and leverages the related technologies for the benefit and security of the islands’ power systems.

Through the Western CHP TAP, we will be assisting the Hawaii Resiliency Energy Challenge Working Group in identifying vulnerability points, assessing them for CHP potential and establishing model projects. Our goal over the next year is to protect one pilot resiliency hub with solar photovoltaics, battery storage, gas generator, water access, refrigeration capabilities and food distribution infrastructure to ensure that the reference community has the capacity to withstand and recover from a climate-created disruption.

As one of the microgrid bill’s sponsors, Hawaii State Representative Chris Lee, said, “For islands, building a more resilient energy grid is a matter of safety and economic survival – microgrids help us do that.”

U.S. Department of Energy’s Western Combined Heat and Power Technical Assistance Partnership is administered by the Center for Sustainable Energy in California, Hawaii, Nevada and Arizona. It offers engineering support to commercial, institutional and government facilities to advance regional energy efficiency at no charge. 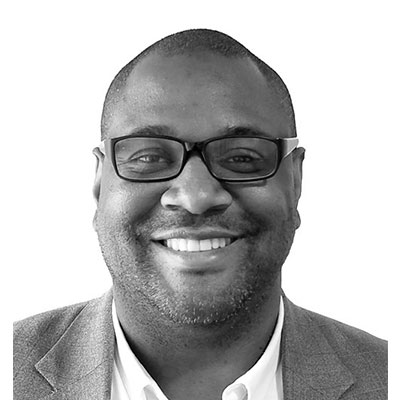 Shawn Jones is a Director supporting business development in the Northeast and manager of MOR-EV and CHEAPR electric vehicle rebate programs and the U.S. DOE Western CHP Technical Assistance Partnership.