Medium- and heavy-duty (MD/HD) vehicles, including trucks, buses and drayage vehicles, are a relatively small share of all vehicles on U.S. roadways, yet account for about 7% of the nation’s total greenhouse gas emissions.

They are the greatest mobile source of particulate emissions, like nitrogen oxides, and ozone that pollute our air and increase respiratory illness. Plus, MD/HD vehicle emissions tend to disproportionately impact people in disadvantaged and low-income communities, which are often near highways, industrial parks, ports and other freight corridors.

At the federal and state level, we’re seeing action to start to address MD/HD vehicle pollution. The Infrastructure Investment and Jobs Act authorizes significant funding for bus and truck electrification, including $5 billion for low-emission and electric school buses. New regulations by the Environmental Protection Agency are in the works that will mandate emission reductions from the MD/HD sector.

Based on CSE’s work on state-level MD/HD vehicle policies and programs, we’ve identified four key considerations to speed the electrification of trucks and buses.

Some states are taking the lead on MD/HD truck electrification incentive programs with the goal of reducing air pollution exposure in historically burdened communities.

School buses are well-suited for electrification since they travel relatively short, predictable routes and only operate a few hours a day. California Energy Commission (CEC) has earmarked $94 million to replace old diesel buses with e-buses.

Similarly, drayage trucks, which typically transport freight to and from ports, railyards and warehouses, also travel short predictable routes. The CEC and California Air Resources Board (CARB) have partnered with $44.1 million to fund electric drayage trucks and on-site charging infrastructure.

Rather than developing new programs from scratch, existing electric vehicle (EV) programs can be expanded to incorporate MD/HD vehicle incentives.

The Massachusetts Offers Rebates for Electric Vehicles (MOR-EV) program, which CSE administers, recently expanded to include incentives for MD/HD vehicles. Notably, it also offers an enhanced incentive for vehicles that are registered in or spend time operating in designated environmental justice communities.

California to add Class 2b trucks

3. Leverage diverse funding streams to incentivize both vehicles and infrastructure

Policymakers should seek to design MD/HD vehicle incentive programs that include funding for both vehicles and infrastructure to ensure buy-in from fleet operators.

CARB’s Hybrid and Zero-Emission Vehicle Incentive Program (HVIP) initially offered incentives for both MD/HD vehicles and fueling, but infrastructure incentives were removed due to limited funding from CARB’s cap-and-trade program. The CEC responded by allocating $50 million from its share of revenue through vehicle registration fees for the EnergIIZE project, which focuses on MD/HD infrastructure.

Additionally, policymakers should direct state agencies to work with utilities in deploying MD/HD vehicles and infrastructure, since many utilities can utilize ratepayer funds to develop EV infrastructure programs.

Numerous states have adopted or proposed clean fuels standards, which include provisions for fleet operators to receive credits for deploying charging and refueling infrastructure. With vehicle-to-grid integration, fleet operators could use MD/HD batteries to store energy that gets sold back to the grid during peak times.

While incentives are effective at supporting purchases of new vehicles, policymakers should also develop mechanisms to scrap older vehicles to prevent them from continuing to contribute to air pollution.

The New York Truck Voucher and Incentive Program requires entities to retire their old vehicle to receive incentive funds for a new one. Scrapping must be scheduled prior to the delivery of the new vehicle and performed by a verified dismantler.

Now is the time for action

The last few years have seen tremendous progress in electrifying the light-duty transportation sector, with more EVs entering the market and new federal funding for EV charging. The next step is for policymakers to dedicate funds and develop incentive programs to support MD/HD electrification, which will reduce greenhouse gas emissions and benefit those communities most impacted by air pollution. 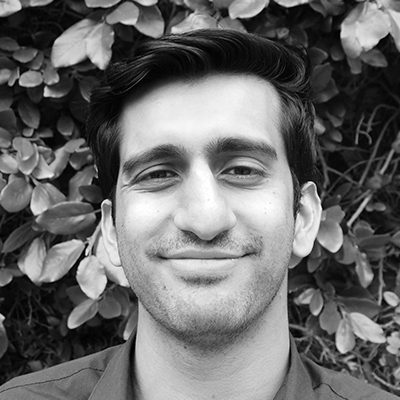 Kinshuk Chatterjee is a Transportation Policy Analyst who provides policy support and analysis for CSE’s EV and EVI initiatives.